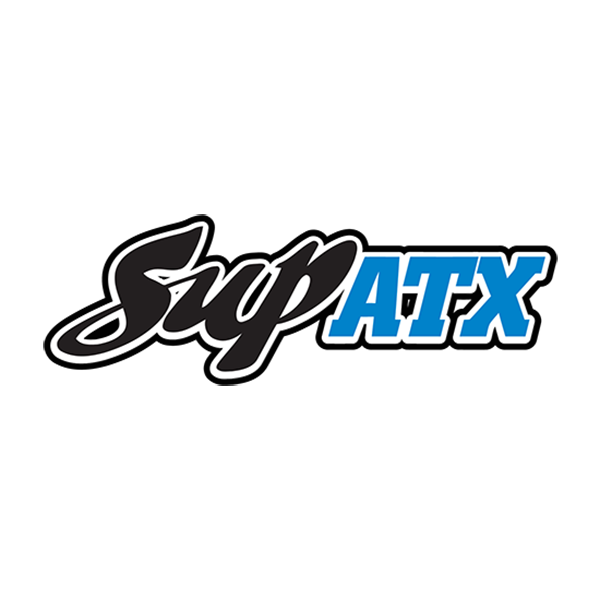 SUP ATX is credited with introducing and popularizing the sport of Stand Up Paddle Surfing (SUP) in lakes, rivers and surfing areas throughout the United States and around the world beginning in 2008. In its first year, SUP ATX established itself as the #1 Stand Up Paddle Board Maker Worldwide which it remains to this day. It started in Malibu, California when Travis Stassart and Mitch Taylor of Becker Malibu got SUP ATX founder Nick Matzorkis into paddle surfing. Immediately hooked, Nick was convinced the interest and demand for stand up paddling would be far greater in inland United States lakes and rivers than coastal regions. Then SUP ATX was launched, a manufacturer and distributor of stand up paddle boards designed for ocean, lake AND river usage. The result is the SUP ATX line of stand up paddle boards that have since defined and revolutionized the stand up paddle board industry worldwide, officially moving the sport from the shores of Hawaii and Malibu to lakes, rivers and surfing areas everywhere.

Birthed in Malibu, CA and raised in Austin, TX, SUP ATX lead the transformation of stand up paddling from being an exclusively ocean surfing sport to becoming a global flatwater phenomenon. This was documented by FOXsports with, “The SUP ATX Journey from Malibu to Austin”. It didn’t take long for the sport to take off quickly in SUP ATX’s hometown of Austin, Texas. Not a day passes on Lady Bird Lake in downtown Austin without seeing hundreds of stand up paddlers gliding across the lake’s surface. More people stand up paddle in Austin, Texas on a daily basis than any other city in the world, quickly having established it as the SUP Capital of the World!